Dungeons and Dragons is a very intimidating game to begin playing, but a very easy game to continue playing. That may seem confusing as a statement and yet I am sure most people who have been playing long enough can attest to, once you get going you are gonna be playing for a long, long time. I have been playing for years and years and looking back I can understand why I was so nervous about playing my first game. Yet once I got comfortable and started having a lot of fun it became as easy as playing checkers. I hope that this little blog post of mine can help encourage some of you to gather some friends and play together.

Personally my first game of Dungeons and Dragons came a little before it really became as commonplace as it is now. A young Redactyl began playing D&D the way the forefathers of it played: in a basement with no air conditioning yelling about how my rolls were dumb and having no one to really talk to about playing the game outside of my adventuring party. Nowadays D&D can be found anywhere you are looking really. Malls, Targets, Hot Topic, and others all carry merchandise pertaining to the game or lore from the game. The thing is about it being so common is that many people still think its a super complicated game that is hard to get into despite always hearing about it being fun. 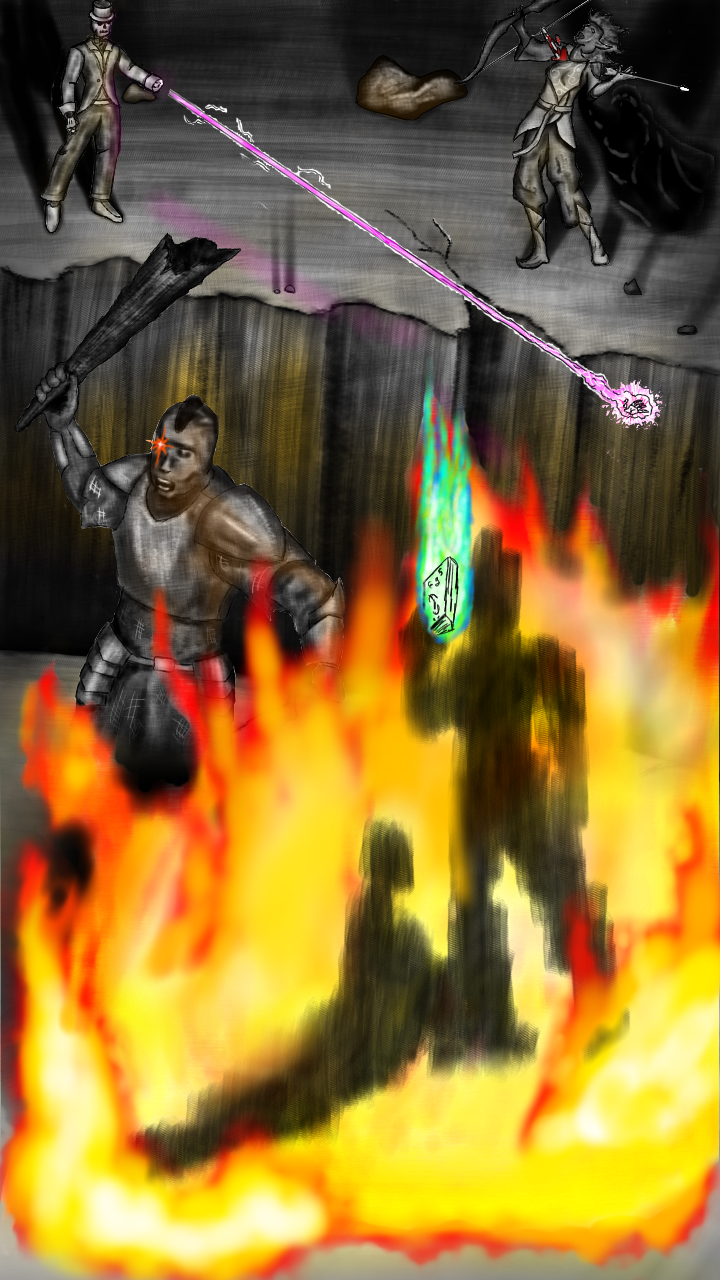 I love this game, but honestly when I was first told about it I was the same way. My friend and their family told me all about playing it and what you could do and I just thought I am not creative or smart enough to play. My first character, and my favorite series of characters to make when I have no other idea of what to play, was named Ladnar the Fighter of Pelor because I was told they were really easy to play and that Pelor was a God of good. The thing is, once I got going and got into playing the game it became second nature to me. It took time and there were many times the Dungeon Master or another player had to explain to me what I needed to do or how what I did wasn't what I supposed to. But I learned despite my slip ups and forgetfulness because of one thing: I was having fun.

I tell this to anyone who is trying to play, create, or run a game of Dungeons and Dragons when they are first starting: remember its a game. The goal of games is for you to have fun playing them. Fun is how the fear of complicated rules or unknown ways of playing fade away. I started playing in the age of 3.5 edition of Dungeons and Dragons and let me tell you that there were a ton of rules. I felt so out of my depth when I looked at those books early into playing and every time I played I had a gnawing fear that I was gonna do or say something stupid. What I find funny about that fear now is that after all these years of playing I now do and say stupid things in game because its fun. Sure sometimes I get in my own head while playing a game, but I realized long ago that playing tabletop RPGs isn't for the rules, its for the experience. You, the person I hope is reading this, can be a great Dungeon Master or Player in a D&D game. Yeah, you. The first time I played I ran a fighter that is my name backwards and the first time I ever ran a game it went so far off the rails I had no idea how to turn it around. You're gonna stumble and sometimes you're gonna mess up, but that is just part of playing the game. No one wins at checkers every time they play. No one is perfect and neither are you. The chaos of cooperative storytelling is a magic I want you to know can be had just by grabbing a few friends who are interested and running a game. The first people I ever ran a game for had no idea what the game even was and now they are people who love the game so much they talk to me about it a ton. The fun of the game is why we play for years despite bullshit natural 1s and the failure of the party to ever stay on task. Once you find a comfortable environment to play or run a game in all the stress of rules, books, and whether or not you're doing it right just fades away to telling high adventures in crazy situations.

Dungeons and Dragons was never meant to be intimidating or scary to start playing because once you start you will never want to stop. I have been playing since I was young and now that I am in my mid twenties I doubt that I will ever stop playing games with my friends. Do not let the fear of starting your adventure deter you from experiencing it. Dungeons and Dragons is a game I love playing and I want you the reader of this post to love it too. It may take some time and some effort, but I believe everyone can find their own fun in games like D&D. I sincerely hope my little talk about my past and how I feel about the game when I first started to now has encouraged you to hit up your local game store or find some friends and play. May all your dice rolls not be bullshit.