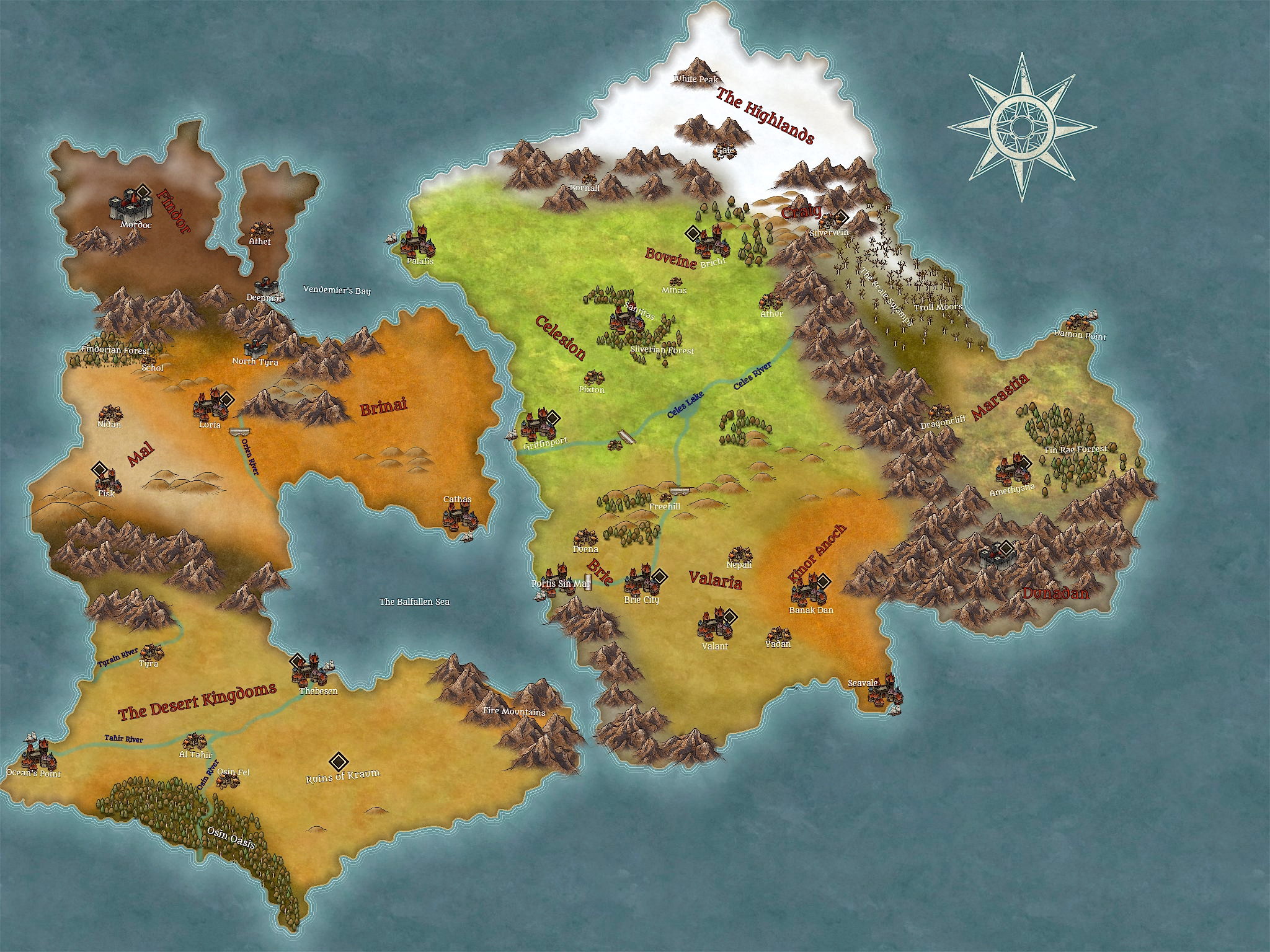 The Continent of Sharr

The Map of Sharr - The largest realm on Obscuria 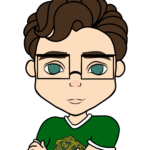 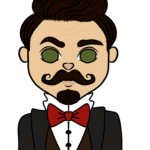 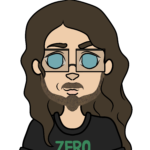 Reyesk is a tall lanky humanoid of the Krestkin. Though most Krestkin have features that bare more resemblance to octopi with small details closer to predatory fish; after what he went through with the Apotheosis Program his features have become more shark like. He keeps his face covered and skulks in the shadows as to not draw to much attention, because that's the last thing he needs. Only choosing to show his face to get some grog, especially if he's out of locus powder. Not much for social interaction and even less for talking, because his anatomy is not well designed for common.

A very large and very curious Warforged. Originally made for security but also utilized as an assistant for a famed artificer, the construct has a knack for tinkering with things and asking too many questions. A sturdy, handy, and completely loyal companion as long as you make her aware that “The Maker said to do it." 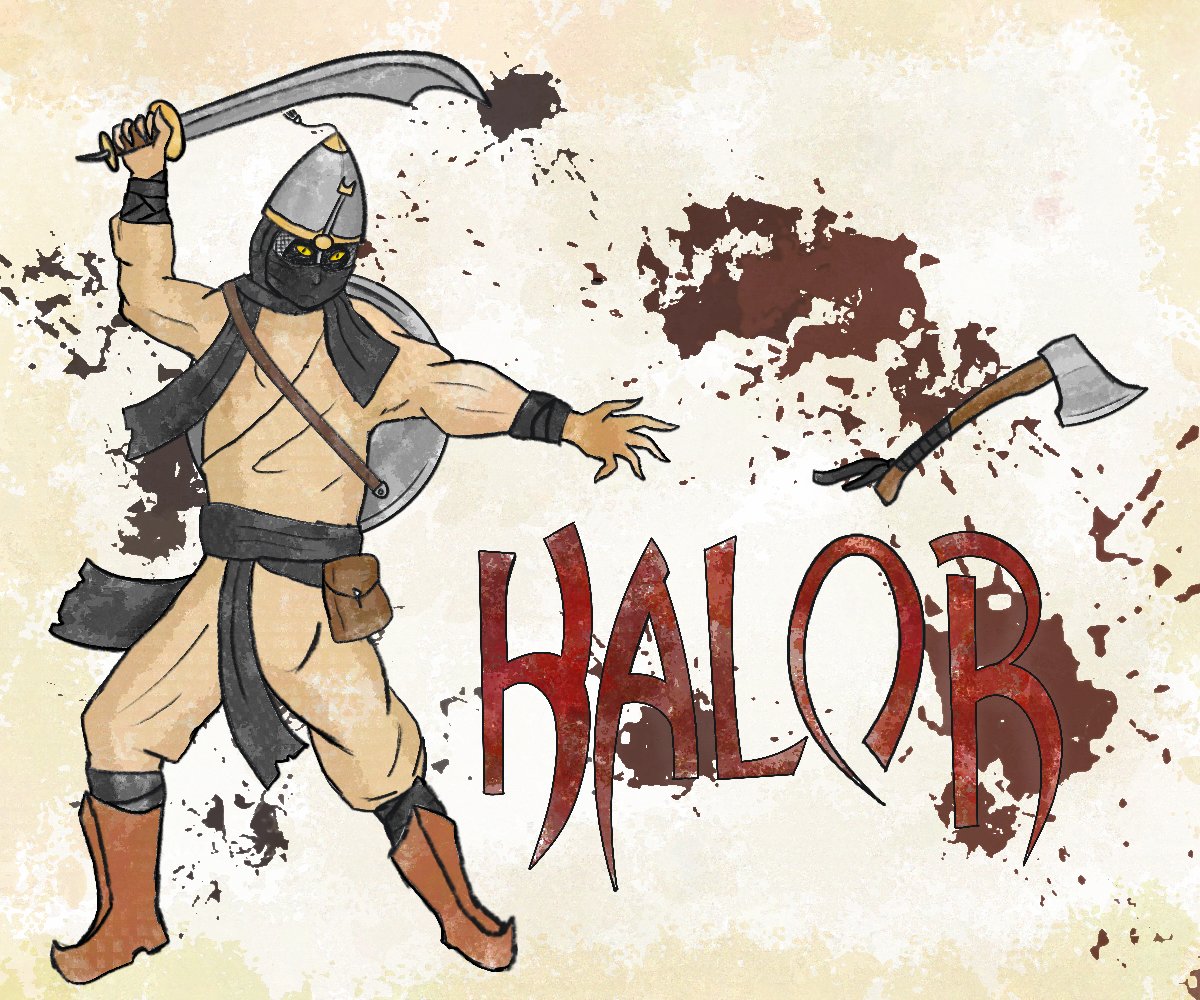 You live on the Material Plane, also occasionally named and referred to as Obscuria.  You are likely from the main Continent of Sharr a Pangea sized continent that houses the majority of the planes landmass.   At this point in history no vessels have been built strong enough or sailors have been brave enough to locate any other continents or nations across the vast oceans of Obscuria.

In most nations many ancient magical knowledge had to be relearned.  Society and magic was reset by an event known by many names but most commonly as “The Catastrophe”.  In the past few decades rampant war and industrial power centering from the nation of Brie have caused a significant rise in the production of both magical and nonmagical items and tools.  Magic users among the peasantry are not the majority and while the art of magic itself requires years of study and often money to perform with any success the production of magic items is becoming streamlined.

New methods of Travel such as airships, trains and Tigawagons have become standardized and assembly line built.  Also magic items are becoming readily available provided they are sanctioned for civilian use.  This means that provided one can find a vendor, magical or alchemical items are commonplace enough.   Sovereign Glue is common, but so is solvent; Grenades are on every soldier’s belt, next to their standard issue new and improved healing potions.  Magical traps once only owned by nobles and mages can be found on a simple merchant’s door.  The technological boom has happened so fast that the novelty is still fresh but the items themselves are not always safely used.  Artificer has become a common occupation and people are looking at wizards and clerics magic as old news, even though, quite often those very magics are necessary to fuel certain magical devices.  A new tool that had seen significant use in the southern areas of Sharr, has now spread across the map; black powder has brought new and horrifying carnage to the fields of war.

New items are available – Pistols and Muskets, along with Bullets.  These items can be found in chapter 9 Adventuring Options of the DMS Guide and a character proficient in all martial weapons is considered Proficient in their use.  In addition, Gunpowder, Bombs, Dynamite, and smoke grenades are  also now available; these can also be found in Chapter 9 of the Dm’s Guide.  However, these items are of a military nature and if within a nation of Brie’s controlled territory one will need to provide permits for their use.

A common magic utilized is what is known as a soul battery, often a simple device built to house a summoned entity such as an elemental.  These items are widely used and commonly spent to fuel high energy machines.  These batteries are often simple to exchange, albeit not always cheap depending on size.

Along with this upsurge in Artifice, The fortress at Santitas in northern Celesion has begun to churn out a new type of soldier.  A strange new semi sentient race of golems that seem to obey the king of Brie, acting as powerful unsleeping guards and shock troops in the war to conquer Sharr.  These large weapons seem to be a strange mix of metal and artificery who’s arrival on battlefields often signals doom for the handfuls of resistance that sprout up sporadically.  As far as anyone knows these “warforged” golems are simply mass produced versions of normal constructs, bearing no autonomy.

18 years ago a strange conflux of energy happened above the city of Griffonport during which there was rampant extreme weather conditions and an increased siting of enlarged and dire animals in the area, since this event, Fae sightings have also increased.  This knowledge isn’t well known the further from Celesion one gets.

The upsurge in military confrontation isn’t the only danger posed to the populations of Sharr however.  An increase in monster sightings, fey, and dark magics have crept into the news.  The once in decline and disrespectful job of Adventurer has increased in popularity.  Mercenaries and Adventurers Guilds have begun to spring back up as there has become a new need for such warriors.

Brie is at war with its neighbors Valaria and what is left of the forces in Celesion. And their recent struggles have helped Brie become a nearly unstoppable war machine, those in the war zone know how bad it is and how powerful Brie has become, while those outside seem content to not get involved, and most do not believe any rumors of hellish intervention that may be going on.

In the central areas of Old Celesion and near Santitas a new cult has emerged.  It is rapidly gaining followers; The Children of the Blue Sun preach an end to conflict and are known to appear in areas of the war to provide spiritual and medical assistance to both sides.  They seem harmless, though many older religions denounce them, claiming there are no new gods.  And within Brie proper the cult is outright outlawed, though many a poor person can be found hiding the silver cloth with its simple blue 4 pointed star anywhere one goes.

A group of radicalized Druids operating near Santitas is only one of the many new dangers posed to civilians in the heart of Easter Sharr.  Besides the war for “peace” that ravages around them, a new race of Druid led “shifters” has risen and declared war on most sentient beings.  The Broken Circle of Druids has declared war on any and all beings who represent or live in a civilization of any kind.  Touting that complex mortal societies are the cancer that is destroying nature and angering the spirits of the faeries.

Faeries – “Remember 20 years ago when we were kids and the weather was super weird?  I heard that that was because the world of the faeries damn near merged with ours.  It’s true, some guy from Griffonport way, told me.  Said that there was a rift in the sky and everything, anyway.  Turns out that whatever happened, the barrier between the land of the faeries and us is thinner, so when weird shit happens and you think someone’s watching you or tricks get played on you by woodland sprites, its cause the faeries have an easier time coming across to cause mischief.  Don’t believe me?  You must not spend much time in the woods, there’s more then mischief happenin out there and it ain’t just angry wildlings.”

Devils – “The church of Numen preaches to guard against devils, not just them.  The Vesperans, the Skalls, even the barbarians across the seas know to ward against evil.  It used to be just ghost stories we told our children, to help people grow honest and good.  A bad life sent you to hell.  But if you’ve seen the battlefields of those who’ve fought against Brie… you might believe the rumors that they are possessed by an ancient evil.  Black powder does awful things to a body... or what’s left of the bodies.  Maybe it’s just shell shock, but more than one soldier has come home with tales of fighting something unholy out there.  I’ve treated veterans who still carry nightmares.  And I’m starting to have them too.  Makes me wish the Numenites were still around.”

Wetwork – “You’re off your rocker man.  Our great nation doesn’t stoop to low warfare.  We’re winning cause we got better weapons, better infrastructure, and more passionate men and women wearing the Black and Red.  I know you’ve heard stories of towns being slaughtered near the coast.  But there are terrorists out there gunning for any man who walks cobbled streets not to mention our enemies both in and outside our country, why do you think it was these… ‘super soldiers?  They have scales and sharp teeth’ look at you man.  You sound like a conspiracy theorist.  If we had super assassins don’t you think it’d be our countries best interest to tell us and our enemies about them?  Strike fear you know?  And Pride for us.  Why hide soldiers so effective that they sneak into a kings quarters without being seen.  Besides, even if we did they’re probably just well-trained men.  I’ve heard stories of what some of our old marines from back in the old wars.  Makes em sound supernatural…”